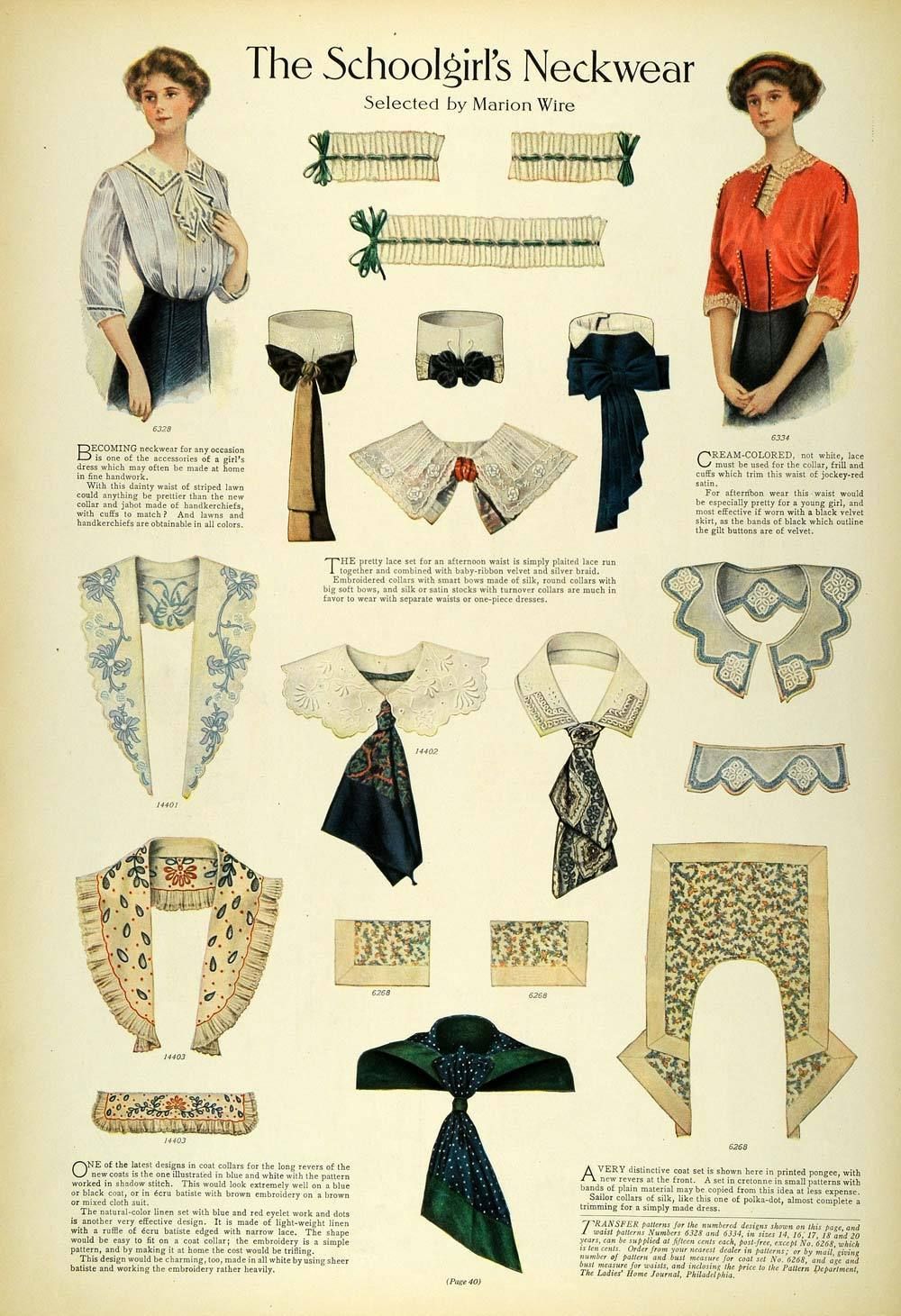 The well-to-do woman of the early twentieth century was very interested in fashion and had clothes for every occasion. She changed her outfits several times a day depending on her activities. Whether hosting an afternoon tea for her friends, bicycling or playing golf, visiting acquaintances or attending a dinner-dance, she would wear what the fashion rules of the Edwardian era dictated.

Many fashion magazines were published in the Edwardian era; some of them even incorporated free dress patterns into their issues. Along with advice and information on the latest clothing styles, many pages were devoted to the wearing of accessories suitable for each style of outfit.

As much thought was put into buying and choosing fashion accessories as into the clothes themselves.

Shoes as Fashion Accessories in the Edwardian Era

During the early years of the twentieth century, advances in technology meant factory-made shoes became affordable for most of the population. Cobblers’ livelihoods were threatened and only the very rich could pay to have shoes custom-made by hand.

Boots were often worn in the daytime. These were buttoned down the side or laced down the front and made of leather. Black and brown were the most popular colours. Heels were flat or up to two inches high.

Suede was popular for shoes and was often dyed to match an outfit. Shoes decorated with bows, or bars across the instep fastened at the side with a button, became fashionable. Some shoes were tied with ribbons in colours to match the leather or the wearer’s dress.

For evening wear, court shoes with a small Louis heel were all the rage. Made of satin or the softest kid leather, they were embellished with beads and embroidery.

An unfortunate side effect of the fashion dictates of the era saw many women wearing shoes that were too small for them as they conformed to the idea that narrow feet were a sign of good breeding!

A style of bag that originated in Victorian times but was still popular in the Edwardian era was the “dorothy” bag. This was a rectangle of fabric with a drawstring at the top to close it. These bags were carried as accessories for evening functions, rather than for daytime use. They were often decorated with beads and metallic thread embroidery.

Daywear handbags were made of leather or suede, often in an envelope shape with a fold-over flap. As the Edwardian era progressed, the style of bag that had a metal frame with a metal “snap” fastener became popular. These bags had leather handles for carrying on the arm. Gradually the style for longer straps came into being and so the shoulder bag became a fashion accessory.

The Victorians fascination with fans as fashion accessories continued into the Edwardian era although their popularity decreased just before World War I. They were mostly used in the evenings at balls and dances.

Fans made of feathers, particularly ostrich and white swan feathers, were light to handle. Other fans could be made of a lady’s own lace to match the lace details on her dress, or of silk the same shade as the lady’s outfit, or even have a silk taffeta base overlaid with lace in a contrasting colour.

Paper fans were cheap to buy and some were hand-painted with flowers or dragonflies in the Art Nouveau style. As well as painted decorations, sequins and spangles were stitched to fans so that they shimmered under candlelight.

The sticks and guards of the fans were made in a variety of materials, including horn, tortoiseshell, ivory and mother-of-pearl. Sometimes the guards were designed with secret compartments to hold a silver pencil, useful for marking dance cards, or tiny scissors, or a comb.

No self-respecting, well-dressed Edwardian lady would go outdoors without taking a parasol. They were largely for decoration, often being a frothy confection of lace and artificial flowers, rather than having any practical purpose, except for acting as rather ineffective sunshades at times.

The long, thin handles might end in carved birds’ heads or be decorated with silver knobs, much as a gentleman’s walking stick would be. Tassels and bows adorned the handles.

The fabric of the parasol was chiffon or silk. Sometimes the lining was of lace. If the woman was in mourning, her parasol would be covered with black crape, hand-stitched on so it could be removed once the official mourning period had passed.

Fringes or ruched ribbons often adorned the edge of the parasols. The Oriental influence on the couture of the time was seen with the introduction of Japanese glazed paper sunshades.

Fashions for women in the Edwardian era favoured clothes that were elegant and very feminine. The fashion accessories, made of silks, lace and feathers, complemented perfectly the gowns of the early twentieth century.