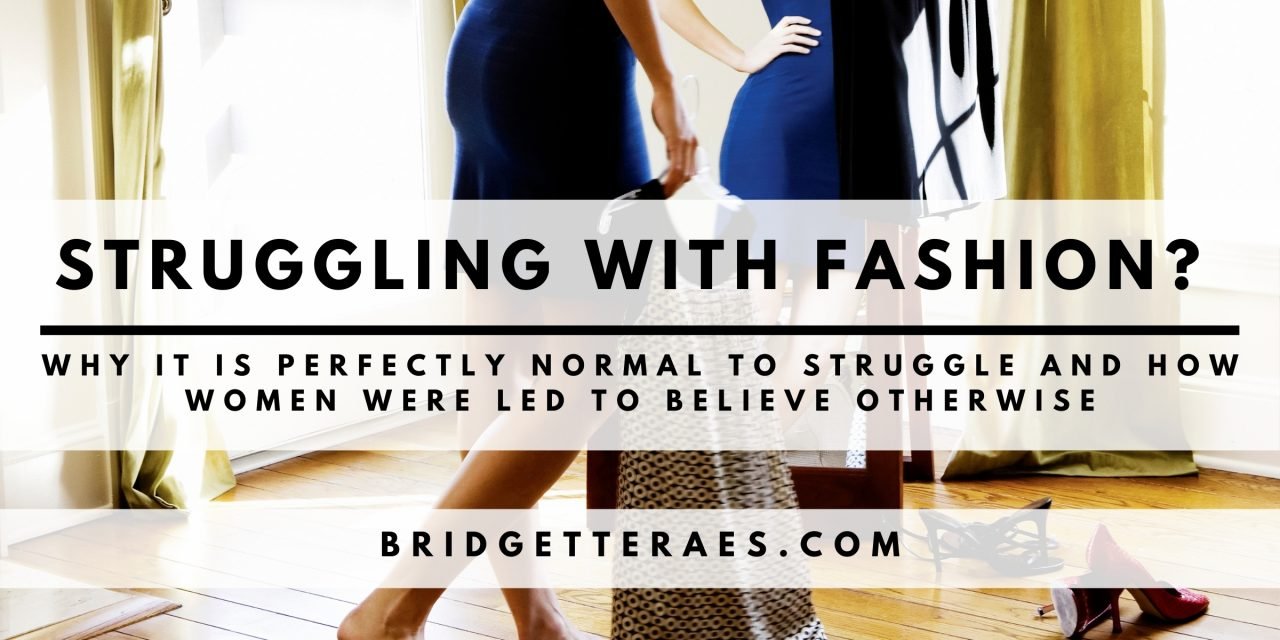 I sat on my bed waiting for my phone to ring. He was supposed to call to let me know when he was close, but by my standards he was late so I began to wonder if he decided he didn’t want to come anymore. Just then, my phone started vibrating on my desk. I jumped up and walked over looking down at the unfamiliar number guessing it was his.

“Hello?” I said after flipping the phone open. I was greeted by his gentle voice on the other end and I think my heart fluttered. I wasn’t sure, but I’m pretty sure my heart fluttered. He told me he was pulling into my apartment complex and asked if I would come down to make sure he parked in the right lot. I went down and opened my front door gazing out.

I saw a very nice car idly sitting in my parking lot. I waved out to signal he was in the right place and the car pulled into the next available spot. I watched with the eye of a tiger as he got out of the car. He was tall, slender and was quite frankly breathtaking from a distance. I bit my lip and thought my heart fluttered again but I still couldn’t be sure. Hearts don’t flutter over a phone call or a far away look, do they?

He comes in and walks into my apartment, a nervous smile on his face. Even up close he was somewhat knocking the wind out of me. He had pale blue eyes, a crooked smile and thin blonde hair.

“This is the downstairs!” I say to him as I turn and start walking up the staircase which is directly in front of the front door. He chuckles and follows me up probably staring at my amazing butt. Inside my room, he sits on my bed as I walk to shut my computer off. At the time, I had two large glossy black and white photos of gorgeous girls in fabulous clothing on my walls. My favorite was the one that hung on the wall next to my bedroom door. The girl is looking out with slightly hunched shoulders showcasing one of the best sets of teeth I have ever seen in my life. After checking out my “artwork”, he asks if I got them from Hollister Co., which is where I worked. I shook my head no and explained that I was actually employed at Express for two years and had only started working at Hollister that summer.

“I know a guy who used to work there.”

“Was his name Greg Banner?” I asked.

His eyes light up and my heart sank even more.

I somehow felt worse and worse by the second knowing that this beautiful man that was here with me knew Greg Banner.

“Just through Nick, a good friend of mine.”

My sadness quickly turned to anger. I knew one Nick and he was totally and utterly the vilest piece of shit I have ever encountered in my life. He’s one of those arrogant, sarcastic bitches that you can’t help but want to murder just at the thought of his name. Apparently, this read on my face because Devin put his hands up in defense and quickly explained.

And in that moment, I knew that I was probably coming off as a bitch and would probably be sleeping alone. So, I quickly tried to shift gears and started the conversation again.

“Yeah…well, Greg’s my roommate.” As much as I was hoping that he would just nod his head and move to another conversation topic, something flashed across his face as he looked at the ground. This was all just for a split second but I was secretly watching his face with great concentration because I was looking for something and even though it happened damn near at the speed of light, I saw it because I was waiting for it. You may say that I might have imagined it since it happened so fast but trust that it happened and I sure as hell didn’t miss a second of it’s millisecond life.

The reason I felt a bad vibe when he mentioned that he knew my roommate was because Greg knew just about every gay man in the state. If he hadn’t slept with them, he got to know them to try and sleep with them or he knew them through someone he slept with. It’s confusing but Greg is easily the most complex character I have ever stumbled across. Shallow as he may be, I saw Greg as a major threat. He was your typical twink with his Abercrombie flip flops and tan skin. I was the Black kid with a bit more book smarts, street savvy and wit but I, again, saw him as a threat based on his looks alone. Don’t get me wrong, I’m not ugly but I think we will always view certain people as more attractive than us.

Anyway, after more chit chat with me thinking the night was already ruined, I put in the 2006 remake of “Black Christmas” and we got a bit more comfortable sitting against the wall in my bed. After time, we both began to stretch out more and more but I still saw no signs of hope. His body language said he wasn’t into me as he faced away from me. I tried to give a hint by dropping my left leg to the side nearly knocking it into his. I sneaked a few glances at him but he revealed nothing.

As the credits begin to roll, I for sure thought he was going to get up and say it was time for him to get going. But he wasn’t moving…so I started watching the special features. Even after a few alternate endings, he still wasn’t leaving.

I started talking to him about why he was so quiet and he told me he was shy until you get to know him. Soon after that, he started talking a bit more, called me adorable and gave me a smile that melted all of the ice around my heart.

Once I saw that first smile, I knew my heart was fluttering.

We got on the topic of sports and I decided to quiz him on his knowledge of football players because I obviously am very into sports. Being the great sports fan that I am, I grab the latest monthly edition of GQ which just so happens to have a spread on at the time hot new quarterbacks. During one of the questions about the players, he grabbed my wrists which took me by surprise. Before I knew it, were lightly roughhousing and laughing the entire time.

I ended up straddling him trying to force his arms down. He was stronger than me and he knew it but when I put my hands into his and tried to push him down, he let me.

Mistake #1 on my part: falling for someone just because they let you take control of the situation between the two of you.

As I had his hands down on the bed above his head, I looked into his eyes and swear to Jesus, Mary and Joseph…I almost told him that I loved him. I actually almost formed the words with my lips and let them fall into the space between us. I was seconds from putting that phrase into our world of communication, so close to almost never being able to take it back once it was out there. He rolled me over onto my back and put his face close to mine. What seemed like an eternity was only seconds but in this case I didn’t mind it. Devin leaned in and gave me the gentlest kiss I have ever had in my life. I bit my lip, forcing those three dangerous words back down my throat. I closed my eyes and we kissed again and it was as if everything in the world was right.

Since I obviously wanted to keep the good times present, I flipped through the TV channels and stopped on ESPN.

“Do you want to watch this?” I asked him. He gave me a small smile.

So that was that. We began watching SportsCenter. I snuck the occasional glance at him to see him intently watching whatever was flashing on the screen, taking in the sports commentary that I never heard even though I pretended to also pay attention.

There came a point when I was laying against him. I felt a chill as he put his hand on my neck and began pushing me down. I didn’t know what he was expecting but I guess our minds were on two separate subjects. While I thought he was trying to initiate something a bit more sexual, he was actually only shifting me so I wasn’t blocking the TV.

Soon, the television set was turned off and we lay on top of the covers making out. Things started to get really passionate and our clothes were off but Devin stopped and rested on his knees. I held my breath in fear.

“What? Have sex with me? Did you think you were going to?” I chuckled as it to let him know that would never happen but secretly inside I was hoping that he wanted to go much further than what we already had.

“Maybe I should go?” I raised my leg and pulled him towards me, him taking the cue and laying on top of me. I put one hand behind his neck and the other on the side of his face and pulled it so close that our noses were pressing against one another.

He didn’t end up leaving until early the next morning. But before the sun rose, I got to find out something very interesting about Devin. During our first time having sex, I noticed ever so often he would get twitch in his face. I assumed he was just really into it so it made me work even harder. When he climaxed, the twitch intensified for a few seconds and he sneezed, sort of pushing me off of him in the process. He turned on his side and sneezed again. No big deal to me besides the fact that I just got pushed but it’s understandable if he had to sneeze, right?

The next day I spent part of my afternoon at Diversity Boutique, a small clothing store in downtown Bowling Green that I interned at. I was the only intern there at the time and no customers were in the store so I called up a good friend of mine. Within the first 30 seconds of us talking, she said how she had never heard me sound so happy! Me…happy! I explained to her the previous night all the while sounding like a school girl who had just run into a naked Justin Timberlake.

“The Jackpot.” I said with a heavy, exaggerated sigh. We laughed andThe following week, Devin and I hung out again only this time at his apartment. We watched “The Devil Wears Prada”, one of my all time favorite movies. Halfway through, he pulled me into him and held me for the rest of the movie. Just before the movie ended, I could hear him snoring lightly. I smiled and squeezed his hand which woke him up.

We went to his bedroom where we immediately got under the covers. I slid underneath and began giving him a b-job. When he started moaning louder and more frequently, I stroked him until he ejaculated.

Just as I was coming from under the covers, he began sneezing.