Children’s Hooded Towel Pattern: Sew a Poncho to Cover Up at the Beach or Pool 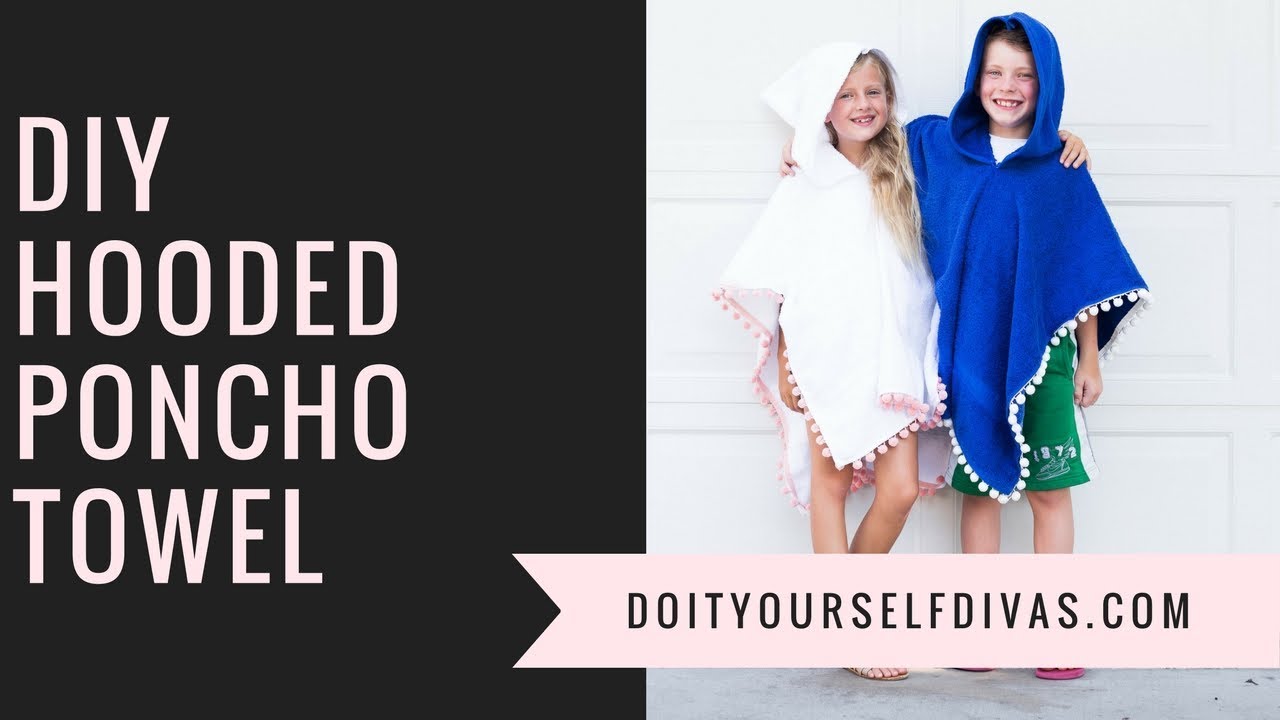 Whether it’s in the bathtub or at the beach or the pool, children love to play in the water. This hooded towel is easy enough for a beginning seamstress and should take less than an hour to make.

If you’re making a towel for a toddler or preschooler, measure your child (this is less important for taller kids). Measure from the top of the shoulders to just above the ankles. Your towel will be folded in half when your child “wears” it so divide the length of the towel by two and make sure it’s not too long.

Most bath towels are 54” long and most beach towels are 60” long. If necessary, hem one or both ends of the towel so that it won’t drag the ground when hanging on your child’s shoulders.